Before a Bailout, E.C.B. Minutes Showed Doubts Over Keeping a Cyprus Bank Afloat 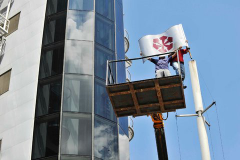 As the Cypriot economy reeled from the collapse of its second-largest bank in 2013, the European Central Bank faced a thorny question: Should it keep the institution, Cyprus Popular Bank, alive with short-term loans or pull the plug?

By many financial measures, the bank was failing. Stung by a disastrous bet on Greek government bonds, Cyprus Popular Bank had been in trouble for the better part of 2012 and depositors were withdrawing their savings in ever larger numbers.

It needed cash and fast

Under E.C.B. rules, troubled banks that can no longer raise funds on the open markets are allowed to borrow from their national central bank, which assumes responsibility for this so-called emergency liquidity assistance, or E.L.A.

Still, strict rules govern this process. The bank in question must be solvent. And if the loans surpass 2 billion euros, or $2.56 billion, the E.C.B. reserves the right to refuse additional requests for money. The methodology for valuing the collateral used to secure the credit also has to be disclosed.

By approving the loans — which were disbursed by the central bank of Cyprus — Mr. Weidmann said that the E.C.B. was violating a core tenet. That rule holds that banks on the verge of failure should not be bailed out with additional loans.

“It was not the governing council’s job to keep afloat banks that were awaiting recapitalization and were not currently solvent,” he said at a meeting in December 2012, according to internal documents from the bank.

In a statement, the E.C.B. said the following:
The E.C.B. neither provides nor approves emergency liquidity assistance. It is the national central bank, in this case the Central Bank of Cyprus, that provides E.L.A. to an institution that it judges to be solvent at its own risks and under its own terms and conditions.

The E.C.B. was not the supervisor and fully relied on the assessment of the Central Bank of Cyprus. Therefore to draw conclusions about the E.C.B.’s future banking supervision role on the basis of E.L.A. to Cyprus is tendentious.

Responsibility for the loans, though, seemed to blur at times.

A close reading of minutes reveals numerous instances in which E.C.B. officials said they would cut off the program if progress was not made by Cyprus in securing an economic rescue program.

In March 2013, just a few days before the bailout, the central bank said as much publicly. It stated that loans to Cyprus Popular Bank would not be continued unless an agreement with the International Monetary Fund was reached.

Unlike the Federal Reserve and the Bank of England, which release the minutes of rate-setting meetings in a matter of weeks, the E.C.B. decrees that its internal deliberations must be kept under wraps for 30 years.

The concern has been that the airing of these discussions would reveal national strains and weaken the E.C.B.’s federal mandate. The governing council consists of the heads of the 18 central banks that make up the currency union and a six-member executive board over which Mario Draghi presides.

The New York Times has reviewed governing council minutes dating from May 2012 to January 2013 — just two months before the controversial Cyprus bailout.

And these strains, particularly between Germany, an economic powerhouse, and smaller eurozone countries like Cyprus and Greece are frequently laid bare during these meetings, internal documents reveal.

Mr. Weidmann, the tough-talking Bundesbank head, had long styled himself as the institution’s bailout scold. The minutes show him sharply opposing E.C.B.-backed rescues of the French-Belgian lender Dexia and smaller banks in Ireland, Greece and Spain.

In January 2013, just two months before the Cyprus rescue package, Mr. Weidmann repeated his complaint that the E.C.B. was putting itself at risk in propping up Cyprus Popular Bank — which subsequently changed its name to Laiki Bank.

Moreover, Mr. Weidmann said that the value of the collateral posted at the central bank was inflated — which, if true, would allow it to secure more credit.

This was a powerful charge as it questioned whether the Cyprus central bank, under its new governor, Panicos Demetriades, was trying to play down the bank’s problems in order to keep it alive.

To buttress his claim, Mr. Weidmann told his colleagues that the E.C.B.’s own risk analysts had concluded that the assets that Cyprus Popular had posted at its central bank were overstated by about €1.3 billion.

Mr. Demetriades rejected the claim, according to the minutes, and said that his risk experts had a better understanding of the assets in question than their counterparts in Frankfurt.

Christian Noyer, the head of the French central bank, said that he was “very much concerned” by the aggressive way that the Cyprus central bank was valuing the collateral, adding that it “doubled the risk” for the E.C.B.

Klaas Knot of the Dutch central bank also chimed in, saying the collateral issue made him feel “very uncomfortable.”

“If E.L.A. was provided without adequate collateral, this would be a grave issue,” Mr. Weidmann concluded, according to the minutes, as he pushed for the loans to be withdrawn.

Mr. Weidmann asked what the governing council proposed to do about the issue, according to the documents.

Not that much, it would turn out.

Under a section in the minutes called “solvency information,” the governing council noted that it had received a draft report from the asset management company Pimco that said the bank needed about €10 billion in fresh cash — or about 10 times its capital at the time.

There would seem to be little doubt that the bank was finished, but the consensus was to keep the bank alive until an agreement could be reached on a broad rescue program with the Cyprus government.

The governing council decided “not to object”– in E.C.B. parlance — to the continuance of the lifeline.

Two months later, the bank was finally wound down as part of a bailout of €10 billion euros, financed largely by a haircut imposed on Cypriot deposit holders.